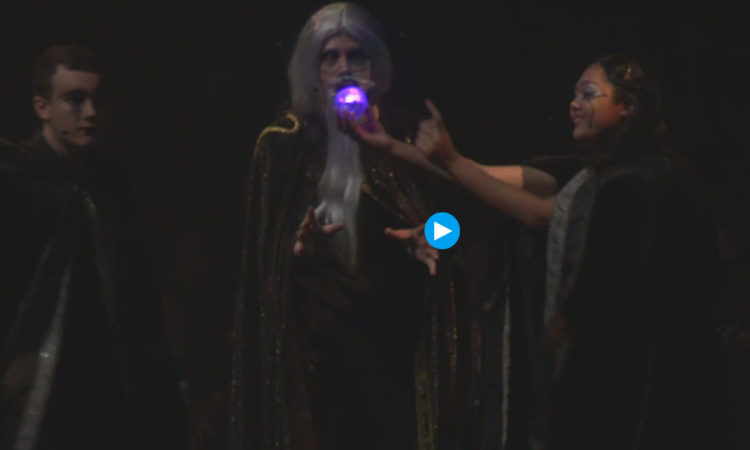 Darwin’s Beat 2017 demonstrated an extravaganza of performing arts, where singing, dancing and now even coding is integrated in the performance. The Beat Festival is the NT Department of Education’s annual performing arts showcase. It is a large scale combined schools production led by the NT Music School with the support of the Beat Foundation, showcasing the great work of Northern Territory schools.

An annual and keenly anticipated event since 1979, the 3 shows in September each year typically feature over a 300 voice choir, 25 piece orchestra, dance groups and other physical performers, rock bands, soloists and other musical ensembles, talented vocalists from ages 12 to 18, and more. Audiences flock to the Darwin Entertainment Centre to glimpse the wealth of talent in public schools, and see the dedication, commitment and creativity of the teachers who nurture that talent.

Ambrose Nicholls-Skene, the music teacher and coordinator of the Northern Territory’s Beat 2017 said;

“Northern Territory Music School recognised an opportunity to incorporate the Sphero device in to the Beat Festival during a demonstration at our school. The theme of the 2017 Beat “Magic” gave us the opportunity to use the magic of Bluetooth wireless connectivity to have a moving ball on stage as part of the story narrative.”

“The students were instantly engaged with the Sphero device, so we created a segment in the show to demonstrate the potential of the product. The programming was instinctive and easily taught/demonstrated to our students.”

“Using STEAM in the performing arts Beat Festival gave us a different perspective of how to engage students across a range of curriculum areas. ”

Check out the performance and how Ambrose and the NT Music School used Spheros to engage audiences young and old and integrate coding with the performing arts.